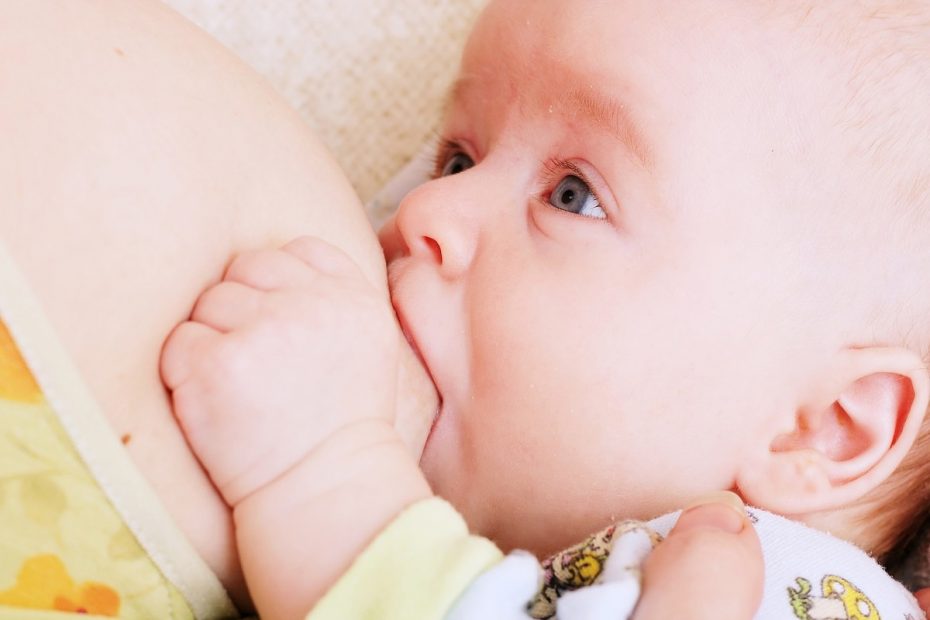 Mothers have many ways to tell if their infant might be sick—an increase in body temperature, a decrease in appetite, or even small changes in sleep habits could all hint that an illness is brewing. But milk researchers have long suspected that nursing infants have another, more direct means of communicating their health status to their mothers: backwash.

When a human infant suckles, their tongue movements create a vacuum that draws milk from the ducts to the mouth. Suckling also creates negative pressure that pulls fluids in the reverse direction, taking milk and saliva from the infant’s mouth through the nipple and into the milk ducts [1-3]. Researchers believe that if this milky backwash—called retrograde duct flow—contains information that signals an illness, it could trigger a local response in the mammary gland to increase the production of immune factors [4].

Can a sick infant’s backwash actually change the composition of their mother’s milk? A handful of studies [5–8] on human milk have attempted to test this intriguing hypothesis. Immune factors in milk from healthy mothers were found to increase during times of infant illness, supporting the idea that infants can communicate their health status to mammary gland receptors. However, these studies stopped short of singling out baby backwash as the source of communication (after all, infants can share a lot of bodily fluids with their mothers, especially during times of illness).

A new study [9] on suckling mice pups—who also backwash during nursing [10]—adds in the important piece missing from human research by tracking a single signal from infant saliva to the mammary gland, to milk. The investigators were interested in determining whether enteric viruses, such as norovirus, replicate in salivary glands. To demonstrate that saliva transmits these types of viruses, the study team performed a very clever set of experiments involving suckling pups, mammary glands, and milk composition [9].

In the first part of the study, mice pups were inoculated with either murine norovirus (MNV-1) or rotavirus (EDIM), but their mothers (dams) were not. After three days, the team identified a spike in the levels of secretory immunoglobulin A (sIgA) in the intestines of the pups and in the dam’s milk. Moreover, they found a 105-fold increase in viral RNA in dam mammary glands (specifically in the cells lining the milk ducts) [9]. To rule out that the dams were infected by the infants through contact with fecal material, they also orally inoculated a group of dams that were pup-free. Although these dams’ intestines had an increase in viral RNA (signaling infection), there was no detectable viral RNA in their mammary glands nor was there a surge of sIgA in their milk [9].

To further demonstrate an oral route of transmission, the study team also conducted a cross-over experiment. A group of mouse pups (pups A) were orally inoculated with EDIM and allowed to stay with their mother (dam A) for one day. Then, the researchers switched dams; dam A was placed with uninoculated (healthy) pups (pups B), while dam B (also healthy) was placed in the cage with pups A. Two days later, the researchers identified a 104-fold increase in viral genome levels in mammary glands from both dam A and dam B and a 106-fold increase in the viral genome levels of both pups A and B [9]. Dam A showed no evidence of infection and is presumed to have passed on the virus to pups B via infected mammary glands (courtesy of nursing pups A for one day).

Both experiments demonstrate that saliva is a route of transmission for enteric viruses, but they are also the most clear-cut evidence to date that pathogens backflow from infants’ mouths to their mother’s mammary gland during nursing, and that the resulting localized infection in the mammary gland triggers an immune response in milk [9]. Perhaps even more incredible, this immune response was quicker than when the dam was infected, and milk antibodies were maternally derived via the entero-mammary pathway.

The benefits of passing on pathogens through retrograde duct flow to the infant are clear; the surge in immune factors (many that are specific to the pathogen causing the infection) likely contributes to helping them clear that infection. However, in a previous SPLASH! piece, lactation biologist Foteini Kakulas (né Hassiotou) made the important observation that the increase in immune cells in human milk not only functions to protect the infant, they also protect the lactating breast. Kakulas believes the surge in immune factors in milk following mammary infection could be an evolved response to maternal infection, infant infection, or maternal and infant infection. But regardless of the why, the response of the mammary gland provides yet another example of how milk protects infants, be they mice or (hu)man.