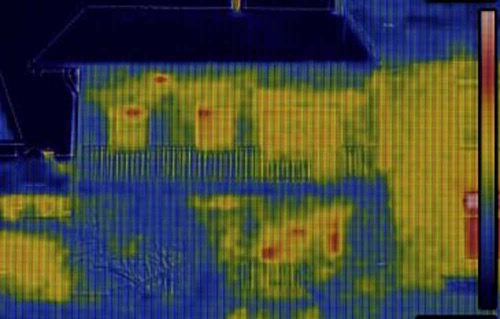 The Dairy Science Unit at The University of Sydney has been developing future dairy concepts and practices for over 10 years. Along with collaborators and partners in industry, the focus has moved from sustainable farming practices to the development of large herd, automated milking systems in pasture based settings, and increasingly expanded automation of dairy farming theme (see e.g. [1]). This is a trend that is emerging in agriculture on a global scale, and dairy stands to benefit enormously from this revolution.

The program at The University of Sydney aims to evaluate new and emerging technologies for practical on-farm use. A recent report from Talukder et al. [2] highlights the approach and some of the technologies within the scope of these developments. The study tackled the issue of fertility in dairy cows. Fertility rates have been declining in dairy cows over many years, so there is a lot of interest in understanding the factors contributing to the decline and devising solutions.

Fertility in dairy cows is closely associated with timing of insemination, and when the majority of inseminations are artificial, the opportunity for failed conception increases with herd number and the logistics of servicing. The goal of the farmer is to ensure viable semen is present in the oviduct at the time of ovulation. Accurate methods to detect and predict stage of estrus and ovulation are central to improving calving rates.

The study by Talukder et al. [2] examined the potential of using infrared cameras to detect estrus in dairy cows. This was a preliminary study, but it was large enough to assess the opportunities and feasibility of moving to a larger scale analysis. The scientists induced estrus using hormone treatment in 20 cows. They knew that the onset of estrus is associated with changes in body temperature and a detectable change in body surface or skin temperature. This is the basis of some methods that are currently in practice. Thermal detection is possible using infrared radiation detected with the use of specialized cameras.

The potential advantage of using digital technology is that capture can be automated. For example, the cameras can be placed in a location on-farm where all cows are known to pass. This can be on the approaches to the milking parlor, or in lanes that lead between paddocks. Because the capture is digital and can be transmitted wirelessly to a control center along with the cow’s identity, it is possible to incorporate this information into individual cow profiles that are monitored remotely by the farmers, and flag or alert them to specific management criteria.

There are two measures that broadly allow the evaluation of monitors like thermal detection. The specificity of the measure indicates how many measures are correct. The sensitivity of the measurements indicates the capacity of the monitor to accurately capture small changes. The scientists designed the study to assess sensitivity and specificity by comparing them to those determined by standard measures of estrus and ovulation. They developed an algorithm to predict the timing of ovulation.

The data showed that the infrared camera method is very sensitive for detecting changes in body surface temperature. A rise of just 1oC was detectable by the camera. However, the specificity and predictive value of the technique was dependent on the temperature threshold that was set as the indicator. The capacity to predict ovulation in this case peaked at 73%, which is lower than that measured by current standard methods. However, there is a lot of scope for expanding the study and building on how measurements are collected and algorithms are used for prediction.

One alternative is based on using alternative sensor technology coupled to intelligent systems for training or machine learning. An example of this is the use of sensors that identify tell-tale movements or ruminant activity in cows. Algorithm based interpretation of these measurements may accurately determine health indicators and calving with impressive accuracy [3].

The future of the dairy farm is an environment rich in data, in which farmers and the profitability of their farms will be optimized through automation. The system will increase the capacity for attention to management of production and health of each cow. Farmers will be increasingly technology expert controllers, overseeing information networks from remote locations. A small army of autonomous mobile and static robots will perform the monotonous and routine tasks, and in doing so, contribute continuous feedback to a farm operations control center.