Assessing the Evidence Around Perfluoroalkyl Substances 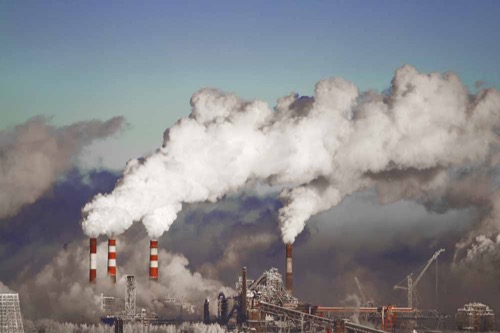 For approximately the past decade, scientists have started to wonder about potential hazards that could be posed to human health from chemicals collectively known as perfluoroalkyl substances (PFAS). These chemicals are widespread in the environment globally—they have been used in manufacturing products such as food packaging and textile coatings since the 1950s, and are now detectable in the food chain, and even in dust and dirt. Since these chemicals can accumulate in the body, researchers are studying how they might be passed from mother to infant. This appears to happen to some extent via the placenta and to a lesser extent via human milk. Such findings should not dissuade mothers from breastfeeding, however, because the levels of PFAS in infant formula have sometimes been found to be higher than those of human milk [1].

PFAS comprise many different molecules with similar structures that make them chemically stable. This means that once absorbed into the body they last for a long time, and can therefore accumulate. Examples of the best-studied PFAS include perfluorooctanoic acid (PFOA) and perfluorooctane sulfonic acid (PFOS), perfluorohexane sulfonate (PFHxS) and perfluorononanoic acid (PFNA). Manufacturers in the US no longer use most of this particular list, however, newer varieties of PFAS are replacing them over time, says Erin Hines of the US Environmental Protection Agency, and the effects of these newer chemicals are less well studied.

People frequently eat PFAS. Fish and crustaceans generally have higher levels of PFAS than other foodstuffs [2]. But PFAS have been detected in pretty much everything from beef to flour [3]. One study of the PFAS content of vegetables in Europe found traces of all four of the aforementioned chemicals: PFOA was the most abundant; PFOS was detected in spinach from the Czech Republic, Belgium and Norway; PFHxS occurred at low levels in Swedish and Belgian vegetables; and PFNA was found in fruit and vegetables from The Netherlands and Norway [4].

Even drinking water can be a source of PFAS. Scientists have been monitoring the population of the Germany city of Bochum, located on the Ruhr River, ever since it was shown that the waters of the Ruhr were contaminated by PFAS, which were mixed with soil improver and spread on farmland upstream [5]. Bochum’s inhabitants have higher concentrations of the pollutants in their blood plasma than the residents of another city on the Ruhr, called Duisburg, which is located further downstream where the water supply was not so contaminated. A recent study of these blood plasma differences concludes that its finding “opens [up] the opportunity to examine the impacts” of PFAS exposure in the two cities.

How harmful are these chemicals to human health, and what is the evidence that these chemicals pass from mother to child? Hines, who has conducted studies on PFAS in her lab at the EPA, recently reviewed the published research [6]. “My coauthors and I found that elevated prenatal or early life PFAS in children’s blood, a marker of exposure, were associated with the children’s health outcomes of altered immunity, kidney function, elevated cholesterol, and age at menarche,” she explained in an email.

Science’s understanding of how children become exposed to PFAS is still very much evolving. Aside from eating and drinking low levels of PFAS that are in the food chain all over the world, there is some evidence that individuals can be exposed to PFAS in the womb. A study of Danish women and children found that women with few or no children had higher levels of PFAS in their blood than women who had given birth to several children, implying that the chemicals somehow move out of a woman’s body with each additional offspring [3]. This study could not identify the relative contribution of different means of transfer because it collected no data on breastfeeding.

But the evidence that PFAS move from a pregnant woman’s bloodstream into that of her fetus is quite strong. In Duisburg, for example, the blood plasma in the umbilical cords of now-teenagers born between 2000 and 2002 contained PFAS profiles that strongly correlated with those of their mother’s circulating blood plasma at the time of their birth. A similar study in Spain found strong correlations between cord and early-pregnancy maternal blood samples for individual types of PFAS [7]. It proposes using maternal blood to assess prenatal exposure.

The extent to which PFAS pass from mother to infant via human milk, however, seems less straightforwardly understood. Different studies show different outcomes. Hines co-authored a study published in 2009 that did not detect any amount of PFAS substances in the milk of 34 women in North Carolina [8]. Looking back on it, she wonders whether differences in the way laboratories measure these chemicals might explain conflicting results. “Each study or lab has a lowest concentration at which their chemical analysis is able to make a measurement,” she says. This is known as the limit of detection. “The same milk sample analyzed in two labs may have a non-detectable result (no PFAS present) in one lab with a higher limit of detection but may have a measured concentration in another lab that has a lower limit of detection.”

This may explain why a study in Sweden did pick up PFAS in human milk [9]. In this study, researchers looked at samples of milk that had been pooled from multiple women. The pooled samples were collected and frozen each year going back to 1972, which facilitated the search for trends in the PFAS content of human milk over time. These pooled samples revealed rising concentrations of PFOS, PFHxS, and PFOA from 1972 until the late 1990s. Over that period, the concentrations of these chemicals increased by about an order of magnitude, before levelling off and then decreasing from 2001 onwards. This pattern roughly fits that of PFAS use by industry.

But how dangerous are the levels found in the Swedish study thought to be? It cites other work that establishes health risk for infants who are exposed to PFAS via mothers’ milk [10]. The combined concentrations of PFOS and PFOA in human milk that might pose a risk is, by this account, 540 pg/mL, a concentration that was never reached in the pooled milk samples collected in Sweden. (The authors of the Swedish study do, however, report a single case of an individual mother’s milk exceeding this value.) More recently in France, the PFAS content of 100 individual mothers’ milk was compared with the levels found in their blood serum, and also in their placental blood serum. This kind of individual-level comparison is especially helpful in assessing mother-infant transfer. The levels found in milk were far lower than in cord serum in this study, indicating that PFAS transfer occurs more readily from a mother’s blood to placental blood than it does from her blood to her milk [2].

What should new mothers make of this? When it comes to considering public health advice and individual decisions about whether to breastfeed, the finding that PFAS can appear in human milk does not mean that choosing not to breastfeed will reduce an infant’s intake of PFAS. To assess whether this is the case, human milk’s PFAS content needs to be evaluated next to that of infant formula. One study has done this. It compared formula and milk in Japan and China. In Japan the levels of the PFAS were lower in formula and in China they were lower in human milk [1]. So given all of the many health benefits that accrue from feeding infants human milk over formula, the evidence to date around PFAS does not contradict the message that breast is best.