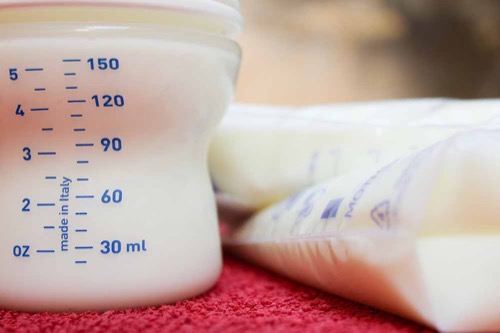 In the past few months, SPLASH! has assessed how well Holder pasteurization, or HoP, kills viruses and bacteria, and the extent to which it affects the nutrients, immune proteins, and digestive aids in human milk. Because HoP is widely used by milk banks all over the world, these outcomes are potentially important for a huge number of infants, particularly those born prematurely. In this final article in the series, other methods of pasteurizing milk are brought into focus. Next to HoP, we know relatively little about their performance. Yet various studies show that they hold some promise towards achieving the ideal—a means of reliably preventing germs from proliferating in milk, while also retaining the function of human milk’s proteins.

HoP itself is an eminently simple process. Milk is heated to 62.5ºC for half an hour. This method is good at killing pathogens, even extremely dangerous ones such as Ebola. HoP’s weakness is that it damages some immune proteins such as antibodies and certain cytokines, and may alter the digestibility of milk for infants by, for example, reducing the function of an enzyme called bile-salt-stimulated lipase.

The simplest innovation of HoP is to alter the temperature applied, and the period of heating. As per its name, High-Temperature–Short-Time (HTST) pasteurization does exactly this, raising the temperature of donor milk to 72ºC for just 15 seconds or so, followed by immediate cooling. According to a review of the evidence published this year [1], HTST, which has been used by the dairy industry since the 1930s, is at least equivalent to HoP when it comes to destroying germs, and outperforms HoP at leaving intact some vitamins and immune proteins, including lactoferrin and a number of cytokines.

A few years ago, Rangmar Goelz and his colleagues at the University Hospital and Children’s Hospital in Tuebingen, Germany, set out to measure how antibodies were impacted by three different heating regimes. Knowing that cytomegalovirus—a virus that becomes reactivated during lactation and is excreted into milk—is destroyed with a mere five seconds of heating to 62.5ºC, the team wanted to know the proportion of antibodies that would remain if roughly this or slightly more heat treatment were applied to milk [2]. They found that five seconds of heating to 62ºC, 65ºC, or 72°C had virtually no effect on a range of antibodies, suggesting that the HTST standard of 72ºC for 15 seconds could be reduced if cytomegalovirus were the only concern.

But other germs matter. Hence, a similar study [3] by Charles Czank and a team based at The University of Western Australia, in Crawley, also sought a minimal yet effective temperature treatment—but defined a minimal treatment as what is necessary to inactivate five bacterial species that are among the most common contaminants of human milk: Staphylococcus aureus, Enterobacter cloacae, Bacillus cereus, and Staphylococcus epidermidis. They measured the retention of secretory IgA, lysozyme, and lactoferrin, and report that keeping HoP’s 30-minute pasteurization period while lowering the temperature to 57°C would destroy 99.9% of the cells of these species and keep intact at least 90% of the three immune proteins.

Aside from heating, human milk can be pasteurized by applying high pressures, ultraviolet radiation, or ultrasonic processing. Ultrasonic pasteurization is probably the most exotic of these methods since it seeks to create microscopic bubbles, which rapidly collapse and produce shock waves. The shock waves bring associated pressures of 50 MPa as well as a burst of heat of up to 5,000°C in each microscopic bubble’s immediate area. The University of Western Australia team also tested this method [4], and found that the retention rates of lysozyme and other human proteins were generally lower in ultrasonically pasteurized milk than in the lab’s previous 57°C heat-treatment study, and that ultrasonic pasteurization often requires a little bit of heat to be good at killing bacteria—specifically bacteria of the species, Staphylococcus epidermidis and Escherichia coli. Lukas Christen and colleagues in the same lab measured bile-salt-stimulated lipase as opposed to immune proteins and found that more than 90% of this enzyme survived ultrasonic pasteurization as long as the milk’s overall temperature remained below 51.4ºC [5]. If the milk got any hotter, bile-salt-stimulated lipase activity rapidly diminished.

Like temperature, pressure causes various changes within a bacterial cell that bode poorly for its survival. High pressures—in the order of 400 to 800 MPa—are proposed as a means of donor milk pasteurization when applied for five to 10 minutes at a time. The studies published so far do not completely agree about whether this method is better than HoP at preserving antibodies [1], but consider as relevant possibilities that it is either superior or the same—implicitly accepting that pressure treatment is highly unlikely to be any worse. Last year a review of high-pressure processing research concluded, more positively, that this method does appear to be better at maintaining human milk proteins than HoP, whilst efficiently inactivating pathogens [6].

The fourth pasteurization method currently under broad consideration is ultraviolet radiation. Although UV light is a well-known disinfectant, milk is annoyingly opaque for UV to be a straightforward option—as it is for water—and so UV radiation can only penetrate milk’s outer surface. Stirring constantly during the pasteurization process gets around this problem, however. As with high-pressure pasteurization, few studies have assessed UV pasteurization’s affect on a wide range of pathogens and immunoproteins. But those that are published are generally positive. In two separate studies, Christen et al. saw a decrease in five species of bacteria and retention of bile-salt-stimulated lipase after UV-irradiation [7], and less bacterial growth after UV-processing than after HoP-processing when samples were afterward left at 37°C for a few hours [8]. However, another study by the lab at the University of Western Australia reported that UV irradiation failed to completely halt cytomegalovirus gene transcription, cautioning that the method requires fuller evaluation [9].

For the moment, HoP is the rule for donor milk. In many ways that seems reasonable; HoP’s effectiveness against germs is in tune with the cautionary tone of the Hippocratic Oath. Yet, the evidence suggests that shorter heat treatments and some other methods probably also avoid doing harm, meanwhile allowing donor milk to do even more good. For them to be rolled out among milk banks, however, the evidence that they kill all manner of pathogens needs to be bolstered with more tests on more pathogens. If that is established, infant health stands to gain.