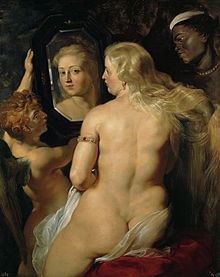 Body fat is not just for buffering us from famine, keeping us warm during winter, and causing our self-recrimination during swimsuit season. Our body fat is also an integral part of our endocrine signaling system. Hormones that are secreted from fat cells- leptin, for example – communicate with the brain triggering hunger (food!) and cravings for calorie rich foods (cheeseburger!). These hormones also contribute to the processes by which we metabolize and assimilate ingested food. The discovery of these hormones occurred relatively recently, and much remains unknown about their function.1 Among the emerging literature, however, are compelling insights into maternal hormones, their transfer via milk, and their consequences in the developing neonate.

One such molecule that is gaining attention is adiponectin, first described in 2001. This hormone has anti-inflammatory properties and breaks down fatty acids, but adiponectin is particularly important in its role for increasing sensitivity to insulin. Individuals that have healthier metabolisms and lower BMI have higher circulating adiponectin, whereas heavier individuals have lower circulating adiponectin.2,3 In the mammary gland, adiponectin is secreted directly from the adipose tissue and enters milk. There is only a very low correlation between adiponectin concentrations circulating in blood and the levels found in milk. In humans, about 14% of the variation in milk adiponectin is explained by circulating levels in the blood, suggesting that adiponectin is differentially regulated in the mammary gland than elsewhere in the body. Additionally, humans have adiponectin receptors in their intestinal tract, revealing a pathway by which maternal hormonal signals can influence metabolic pathways in the developing infant.3 Recently, two studies provided important clues about the milk adiponectin and what it may mean in terms of infant development.

But what does adiponectin do when ingested by the infant?In an even larger (N=192), similarly well-controlled study, Woo and colleagues2 investigated monthly adiponectin concentrations in milk across the first 5 months of lactation in a sample of mothers and infants in Mexico City. The first exciting result was that the adiponectin concentrations were substantially higher in the mature milk of the mothers in Mexico City compared to the levels found among mothers in Canada. The sample mean from 1-5 months varied between ~22±5 ng/mL. The Canadian women, on average, were older but of relatively similar parity. Unfortunately, BMI was not reported so could not be compared between the two studies. Inter-population differences could be the result of many factors and warrant further investigation. However, even more fascinating, Woo et al. revealed that infants consuming milk with higher concentrations of milk adiponectin weighed less for their age and length from 1-6 months of age than did infants consuming lower levels of milk adiponectin.4 But during their second year of life, infants who had consumed higher levels of adiponectin demonstrated accelerated growth; gaining more weight for their age and height than did infants who had consumed low adiponectin milk.

The underlying mechanisms driving the relationship between milk adiponectin and infant growth trajectories are unclear. These data suggest that higher adiponectin in milk slows growth during early development (through reduced appetite?), but then accelerates during the second year of life when they are no longer exclusively breast-feeding and instead consuming primarily solid foods. From an evolutionary perspective, this makes perfect sense. We would predict that milk contains hormonal elements that slow growth or reduce infant appetite in order to reduce the energetic burden on mothers to mobilize body stores for milk synthesis. Every dairy farmer can tell you lactation demands substantial energy expenditure, and the greater the expenditure, the greater the depletion of maternal resources. Depletion delays the ability to conceive subsequently, lengthening inter-birth intervals, and consequently, mothers produce fewer babies in their reproductive career (something that natural selection “frowns upon”). So it could be very adaptive for mother’s milk to contain hormones that reduce infant growth when they are reliant on milk but that enable them to catch up when they transition to solid foods and won’t be depleting their mother.

However, before I get too carried away getting jazzed about natural selection and adaptations, allow me to exercise some caution. These data are correlational and there may be alternative explanations for the effects described above. For example, adiponectin concentrations in mature milk are negatively correlated with milk glucose3 (the relationship is weak, but significant), so other milk parameters may be a factor that contributes to infant growth trajectories. Clearly there is much we still need to understand about the relationship among milk constituents and their functions in the developing infant.

** Neither snow nor rain nor heat nor gloom of night… keeps mammalian moms from nursing their babies. Too bad for reptiles.

Photo note: Venus at a Mirror, by Peter Paul Rubens, 1615