Adding Bovine Lactoferrin to the Mix 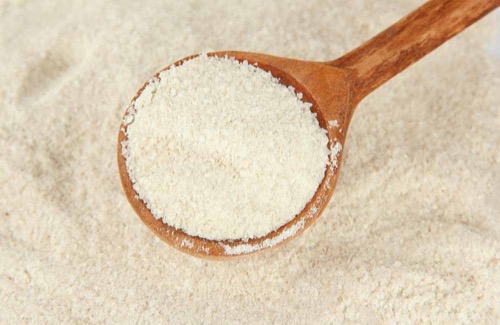 Infant formula continues to improve toward the greater goal of reflecting the chemistry of real breast milk. Yet there is a clear distinction among brands marketed in the US compared with those in Spain, South Korea and Japan: the US brands lack an ingredient called lactoferrin, which has yet to be authorized by the FDA. Lactoferrin—the second most abundant protein in breast milk—is known to confer all manner of benefits (1), from cancer prevention to promoting healthy bones. Its main job, however, is binding iron.

Lactoferrin binds to iron because its structure has two distinct “lobes,” each able to pull in a highly positive Fe3+ (iron) ion. As a result, it can exist in three forms: with no bound iron, with one lobe bound to iron, or with an Fe3+ion in both lobes. This structure confers many of lactoferrin’s disease-busting properties.

That lactoferrin binds Fe3+ ions so well means that most of the iron in breast milk is associated with it. As such, some researchers have raised the concern that infants who consume formula without lactoferrin might not absorb very much iron. Lactoferrin is especially abundant in early milk, known as colostrum, which contains about twice as much per liter as mature breast milk. The implication, therefore, is that the youngest infants need higher concentrations of the protein to nourish optimal development.

Why this is the case is partially answered by bacteria. Because lactoferrin attracts Fe3+ ions so effectively, it tends to outcompete other molecules, such as receptor molecules on the surfaces of bacteria. This can destabilize bacterial membranes, inhibit bacteria from moving around or from entering human cells, or stop them from clumping together to form a film, which is necessary for some species to cause human illness.

Perhaps colostrum contains a higher concentration of lactoferrin than mature breast milk because the intestines of very young infants are fresh territory for bacteria to colonize—meaning that they require especially robust defense against pathogens. When lactoferrin is partially broken down by enzymes, as it is in infants, a modified version of it called “lactoferricin” is formed, and this has an even stronger antibacterial action than lactoferrin. In addition to lactoferricin, the elaborate sugars associated with lactoferrin also have antibacterial potential against diverse microbes (2).

Strangely, a select few species of non-pathogenic gut bacteria are actually favored by lactoferrin. Contrary to its effect on “bad” bacteria, in these cases lactoferrin actually promotes growth. And the growth of these non-pathogenic bacterial is in infants’ best interest since these bacteria can outcompete disease-causing species.

In addition to its antimicrobial features, lactoferrin is perhaps even more important to newborns because it promotes development of the intestinal tract. While still in the womb, babies receive nutrition from their mother’s placenta, and it is not until after birth that the intestines adapt. Lactoferrin coaxes the cells of the intestines to change and grow properly (3).

So where is the FDA with evaluating lactoferrin as an additive for infant formula? To date, the agency has received three “generally recognized as safe” (GRAS) notices for the use of human lactoferrin in food, although all were withdrawn before the FDA completed its evaluation. The more likely option is for the lactoferrin to come from cow’s milk—in other words, for infant formula in the US to eventually incorporate bovine lactoferrin. One such GRAS notice is currently under review.

A key issue in adding a molecule that evolved in a different mammal to infant formula is whether it has the same effects in humans as its human analog. This question was addressed by Bo Lönnerdal and his colleagues (4) at the University of California, Davis. They compared it to human lactoferrin, including how well it resists digestion in conditions similar to those in an infant’s digestive tract, and how well it binds to and is taken up by intestinal cells called Caco-2 cells. The results show that bovine lactoferrin behaved essentially the same as the human version.

In some ways, when the FDA waits behind analogous agencies around the world to approve a new food additive, it gains additional oversight in the form of the experiences of consumers of those countries where the substance in now legal. To be sure, randomized trials would be a good next step. But the FDA shouldn’t take too long over this. If lactoferrin’s function and abundance in breast milk is anything to go by, its potential health benefits if added to infant formula may be substantial.