A Tale of Fats, Fish, Dolphins, and Dairy 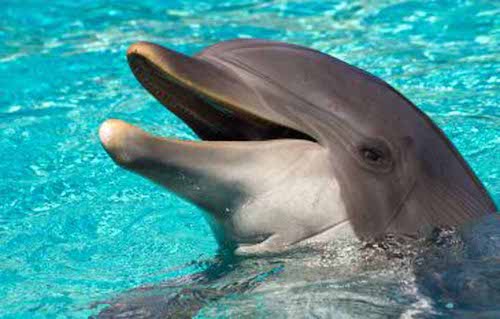 For decades, we have been warned about the evils of saturated fats in our food. We have heard that this whole “family” of fats increases our “bad cholesterol,” and hence increases our risk of cardiovascular and metabolic diseases. Recently, however, this widely accepted mantra has been challenged by growing evidence that some saturated fats, such as milk fats, do the exact opposite: they appear to reduce our risk of many diseases, including type 2 diabetes. While scientists debate the mechanisms involved, the changing view on saturated fats is underpinned by a new study of some unexpected contenders: dolphins (1).

How many of us haven’t dreamed (secretly or otherwise) of “swimming with dolphins”? This not entirely uncontroversial pastime has boosted happiness, as well as knowledge among us humans. But we can glean a lot more than behavioral science from these social, smart, and playful animals. It turns out that bottlenose dolphins can develop a metabolic syndrome similar to a condition called pre-diabetes in humans. In the US, it’s estimated that one in every three adults has metabolic syndrome, raising their risk of not only diabetes, but also heart disease and stroke.

So, what does all this have to do with milk fats? The fatty acids targeted in the dolphin study are not only present in some fish types but also in other animals, including cows. And heptadecanoic acid—a saturated fatty acid (called C17:0 for short) also present in cow’s milk—was identified in the dolphin study as an independent predictor of both insulin and ferritin levels. “Our study findings suggest that C17:0 may be a key player in the metabolic benefits of dairy and other dietary products containing C17:0,” Venn-Watson and coauthors wrote in their report (1). “Humans’ movement away from diets with potentially beneficial saturated fatty acid C17:0, including whole fat dairy products, could be a contributor to widespread low C17:0 levels, higher ferritin, and metabolic syndrome,” they hypothesized.

Contrary to the familiar recommendations by health authorities to avoid foods rich in saturated fats, including full-fat dairy products, several recent studies have shown that dairy consumption is associated with lower risk of several cardiometabolic diseases (2). And nutritional scientists are increasingly taking an interest in C17:0, along with its slightly shorter cousin, pentadecanoic acid (C15:0).

C15:0 and C17:0 are among a handful of so-called odd-chain fatty acids that can be detected in human blood. The vast majority of fatty acids in our blood have an even number (2-26) of carbon atoms in their carbon chain. Since the 1960s, scientists assumed that odd-chain fatty acids had little biological relevance. However, over the past decade or so, C15:0 and C17:0 have emerged as plausible biomarkers for how much dairy fat a person has consumed. As an objective measurement, this is an attractive analytical tool for researchers looking for links between diet and disease in observational studies. Until now, most such studies have relied on the participants’ self-reported food intake, which is prone to errors.

Using C15:0 and C17:0 as well as trans-palmitoleic acid (trans-16:1n–7) as biomarkers, two separate research groups recently evaluated the risk of stroke (3) and diabetes (4) in relation to dairy fat intake. From the most comprehensive study of its kind, Yakoob and colleagues reported that none of the three biomarkers were associated with the risk of stroke—neither a higher nor a lower risk (3). Santaren and coworkers showed that increased blood levels of C15:0, however, were associated with a 27% lower risk of type 2 diabetes (4). The study was not able to uncover any biological mechanism responsible for the association, but the authors hypothesized it might be ascribed to a still unknown, direct effect of C15:0, or to other beneficial dairy components.

Reported in the same journal issue, both studies proved controversial among other researchers, who raised their concerns in letters to the editor in a later journal issue. Lankinen and Schwab (5) contended that the scientific literature contains conflicting data on the correlation between C15:0 levels and the intake of dairy fat. They also pointed to research showing a strong correlation between C15:0 levels and fish intake in humans (as also shown in dolphins [1]). “We are a bit concerned if these odd-chain fatty acids are considered to be a valid biomarker for dairy fat intake in populations who consume considerable amounts of fish,” they wrote, cautioning against misleading conclusions.

In a reply letter, Santaren and colleagues (6) emphasized that the fish intake among their studied cohort was very low and unlikely to contribute substantially to the C15:0 blood levels. They did, however, agree “it is possible that in other populations with higher intakes of fish, C15:0 may be associated with the consumption of foods other than dairy products.”

The presence of C15:0, C17:0 and trans-16:1n–7 in other foods was a sticking point for Ratnayake, another peer who questioned the two studies. “In particular, fat from beef, veal, lamb, and mutton also contains all of these fatty acids at amounts similar to those found in dairy fat,” he wrote in his letter to the editor (7). He cited studies indicating C15:0 and C17:0 are present in many common foods, although this is not widely known. Ratnayake further made the case that a fatty acid should not be used as a biomarker if it is endogenously produced in humans. “It is not known whether animals and humans have the capability to synthesize C15:0 and C17:0, but this should not be ruled out until it has been examined,” he wrote.

Evidence is stacking up

It’s well known that microbes living in the rumen of animals produce odd-chain fatty acids, which then make their way into the ruminant’s tissues, including milk fat. However, the long-held assumption that odd-chain fatty acids in human blood originate solely from ingested dairy fat is gradually eroding. One inconsistency is the ratio between C15:0 and C17:0, which is generally around 1:2 in human plasma and 2:1 in dairy fat. Experimental evidence also suggests that odd-chain fatty acids might be produced in humans through a metabolic process known as α-oxidation. Hence, “there is at the moment no decisive evidence for a direct relation between both C15:0 and C17:0 plasma concentrations reflecting just dietary consumptions,” Jenkins and coauthors wrote in their recent review (2). Even so, they agreed C15:0 and C17:0 can be used as “rough markers for dairy fat intake,” as supported by the majority of existing studies.

So, what to make of all these “ifs and buts”? One thing, at least, is certain: the biology at work here is incredibly complex, and scientists don’t yet understand all the mechanisms involved. As for the links between intake of saturated fats and the risk of cardiometabolic diseases, one opinion leader has urged the research community to start looking at the health effect of “whole foods” (8). Because fatty acids derived from different foods don’t have the same biological effects. Their effect is modified by the food matrix they are delivered in, such as different dairy products. And as the evidence for the health benefits of dairy products is stacking up, “there is no evidence left to support the existing public health advice to limit consumption of dairy to prevent cardiovascular disease and type 2 diabetes,” Astrup wrote in his editorial (8).

Any change of national dietary guidelines, though, should of course be based on a tide of conclusive evidence—and the researchers aren’t quite ready to recommend feasting on full-fat butter. More controlled feeding studies—like the dolphin study (1)—are needed in humans to ascertain the associations found in recent observational studies.