A Milk Protein Could Help Produce a Flu Vaccine for Newborns 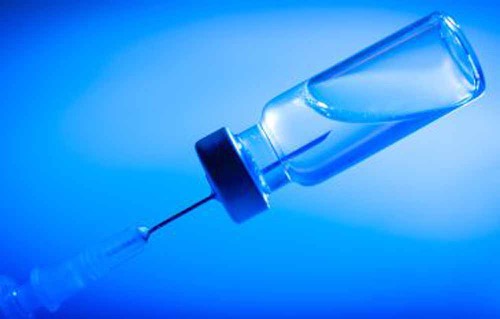 The flu virus can be deadly, particularly in the very young and the very old. Unfortunately, there is no flu vaccine available for use in infants under 6 months of age, and currently the best way to protect these babies is to vaccinate their parents and anyone else in close contact with them. Developing a safe and effective vaccine for use in very young infants could greatly help reduce their morbidity and mortality [1–3].

A new study, conducted by Michael Sherman at the University of Missouri School of Medicine, finds that a major breast milk protein called lactoferrin, could potentially be used to develop a flu vaccine for use in newborns [4].

Lactoferrin previously has been shown to play a role in some of the beneficial immune effects of human breast milk. “Lactoferrin is a prominent breast milk protein, and limited studies report breastfeeding enhances MMR vaccination at 12 to 15 months,” writes Sherman in an email.

Preterm infants and newborns have an immature immune system that not only makes them susceptible to infections, but also reduces the effectiveness of vaccines. Vaccines often use additives called adjuvants to enhance the body’s immune response. Unfortunately, one of the most commonly used adjuvants, aluminum hydroxide gel (ALUM), doesn’t effectively stimulate the immune system in newborns [5, 6].

The researchers hypothesized that lactoferrin might be able to replace ALUM as an adjuvant when used to immunize neonatal mice against the influenza virus. “We were delighted our hypothesis was correct,” Sherman writes. The successful result in mice could potentially lead to the development of a safe neonatal influenza vaccine in humans.

One of the problems in neonates is that certain immune cells known as dendritic cells are still immature, leading to a reduced immune response. “I have been studying lactoferrin (LF) for 18 years; we have been investigating how LF increases dendritic cell numbers and function in neonates using a mouse model,” Sherman writes. “We had a grant to study whether LF enhanced influenza immunization in these dendritic immature animals,” he writes. “Human infants have this same immaturity in dendritic cells and that is why vaccines fail in early life, along with other immune deficits,” Sherman writes.

When ALUM is injected as part of a vaccine, it recruits immune cells called neutrophils to the injection site, where they secrete lactoferrin. The researchers theorized that by directly injecting lactoferrin as an adjuvant instead of ALUM, they could skip the neutrophil recruitment step and could speed up the recruitment and maturation of dendritic cells.

When the researchers immunized 3-day old mice with a flu vaccine containing either bovine lactoferrin or ALUM, they found that both vaccines led to equivalent antibody production and were able to neutralize the flu virus. Furthermore, both worked considerably better than the vaccine that didn’t contain an adjuvant. This result suggests that lactoferrin could serve as a safe and effective adjuvant for an influenza vaccine in neonatal mice.

In a follow-up experiment, Sherman plans to use the mouse model to study secondary infections, such as pneumonia, caused by the influenza virus and “determine whether influenza pneumonia can be prevented,” he writes. Lactoferrin could potentially be used as an adjuvant in other vaccines, and eventually lead to the development of a human flu vaccine that’s safe for use in newborns.

A human vaccine containing lactoferrin could potentially be developed within about five years, Sherman writes. “After we show infection can be prevented in infant mice, we wish to develop a vaccine containing lactoferrin for newborn infants,” he writes. “We are particularly interested in immunizing very preterm infants at hospital discharge,” Sherman writes.