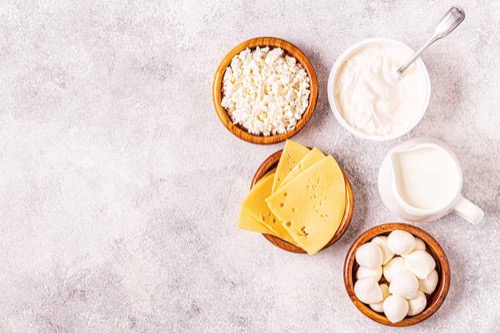 Humans have many unique attributes, as does the family of species within which humans evolved—the hominids. About 15 years ago, geneticists added to the list of hominid-unique attributes by noting that species within this family have a gene called HCA3 that other mammals lack. Now a group of researchers from Leipzig, Germany has figured out what this gene does and why it was preserved by natural selection [1]. Their evidence suggests that HCA3 blessed the hominids with the ability to eat many bacteria-riddled foods without getting sick. These include some foods that played important roles in the story of human evolution, such as fermented milk products.

In the recent paper, which was published in PLoS Genetics, researchers led by Anna Peters of Leipzig University’s Faculty of Medicine report that certain metabolites of fermented food trigger white blood cells called primary human monocytes to migrate towards tissues in which the HCA3 gene is being expressed. Thus, primary human monocytes migrate towards lung cells, skin cells, and fat cells, and other kinds of immune cells.

The team demonstrated monocyte migration in response to fermented food metabolites by measuring metabolite effectiveness at activating HCA3, relative to two other similar genes that are shared by animals not in the hominid family: HCA1 and HCA2. Only HCA3 was activated by 3HO. HCA3 was also activated by amino acids known as aromatic D-amino acids, which are secreted by bacteria such as Bifidobacterium and Lactobacillus—bacteria that are found in fermented milk products. Two aromatic D-amino acids, D-phenylalanine and D-tryptophan, are especially likely to occur in fermented food and beverages at concentrations necessary to activate HCA3, according to the researchers.

Having demonstrated what substances uniquely turn on the HCA3 gene, the team assessed the degree of activation of this gene in different tissues by measuring the amount of messenger RNA produced. Among the various tissues, they found that the highest expression of HCA3 was in immune cells—in neutrophils and in monocytes—and that the pattern of activation in different tissues was distinct from that of HCA2, from which HCA3 is thought to have evolved.

But what does the activation of HCA3 lead to that is of benefit? To some extent, this is still an open question. Certainly, like the similar genes shared by non-hominid animals—HCA1 and HCA2—HCA3 encodes G protein-coupled receptors, which are situated at the top of a biochemical cascade that sends powerful signals within cells. These signals could be doing various things.

There are likely to be immunological and metabolic effects of HCA3 activation. The research team did not pin down whether HCA3 activation in monocytes affects these cells’ ability to consume and destroy microbes in a process called phagocytosis—or whether it preps these cells to elicit a stronger inflammatory response to bacteria. But such responses would make functional sense, as they would ready the body for the additional bacteria it must grapple with when we eat fermented foodstuffs. It is especially curious that fat cells are among the few tissues to express HCA3. This very fact suggests that foods and beverages fermented by lactic acid bacteria could exert some sort of influence on fat storage and energy release.

The story of HCA3 maintenance by natural selection is part of a broader story of hominid adaptation to more diverse ecosystems. Shared across hominids, the gene emerged before fermented milk products appeared in the Balkans and Middle East, perhaps 10,000 years ago, and enabled early humans and other apes to eat various kinds of rotting food [2]. But once established in the genome, a piece of the genetic stage was set for humans to take advantage of fermented milk products. After all, cheese is an awesome source of complex proteins, fats, and minerals that lasts much longer than fresh milk.